Smithwick’s aimed to build on their brand identity of passion for brewing through a campaign reaching out to people all over Ireland who not only love to drink a great beer but also enjoy brewing it at home.

Diageo joined forces with the National Homebrew Club for the first Smithwick’s Homebrew Challenge and homebrewers were invited to brew a special Christmas ale and have it tasted by experts. The two favourites were brewed in the Open Gate Brewery at St. James’s Gate, they were then made available in selected pubs around the country and put to a popular vote to select the ultimate home-brewing champion.

We ran ten 5th position social ads on TheJournal.ie from the launch of the competition through the announcement of the finalists and winners. The native pieces were carefully planned to maintain momentum for the competition which because of its nature was held over a relatively long period and had several different stages.

The native series was a perfect solution for this campaign. It allowed us to deliver basic information about the competition – dates, how to enter, shortlists, details on tasting and voting – but more importantly to engage our readers in the nitty gritty fun and challenges of the brewing process. We combined straight content, vines and video and added colour with a light-hearted brewing competition amongst our staff which was the focus of several of the native pieces.

The content campaign aligned perfectly with the client objectives of engaging with people who like beer and of getting people talking about brewing. Overall campaign results were strong with a total of 160,828 article views and 1315 social interactions.

View one of the live ads here

Take a look at some campaign screens here..... 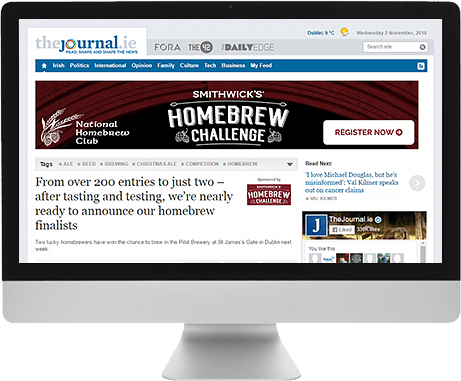 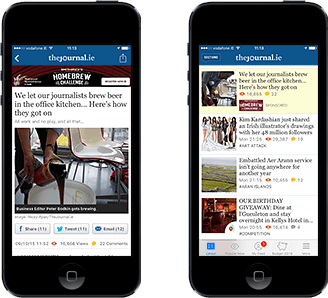