The Budget is big news.  Most people are, at the very least, interested in how the Budget will affect their own income and financial situation.   At TheJournal.ie we have a proven track record of timely and comprehensive Budget coverage which attracts a large readership and guarantees high levels of engagement.

KBC recognised the opportunity to leverage the natural association between our Budget coverage and their offerings.  The opportunity to reach consumers in such large numbers during a national conversation on the implications of Budget decisions is very powerful for any financial institution.

Over the period of the campaign KBC sponsored 50 articles and 2 pinned social ads including an interactive budget calculator which was viewed160K times and delivered 103K calculations.  The articles included a liveblog with 122K article views which was updated throughout the day of the announcement as more details were released.    Other articles included overall round ups, vox pops, and impact pieces examining the impact of the Budget on different income level households.

Just under 5 million ad impressions were served for maximum impact with a cross platform targeted display which included 2 full desktop HPTO/LPTO and one IPAD takeover. 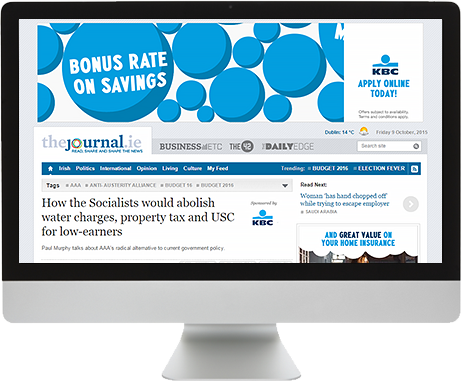 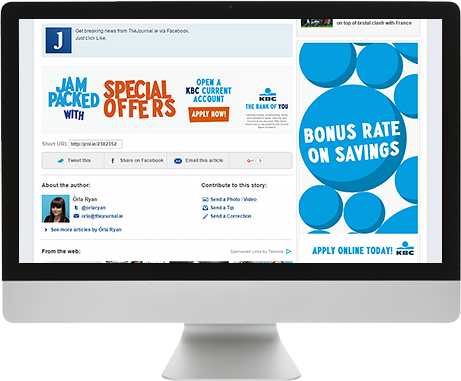 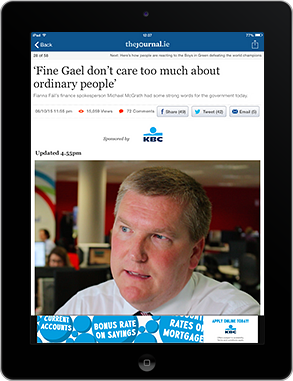 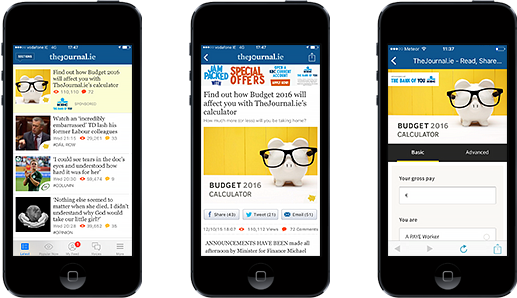 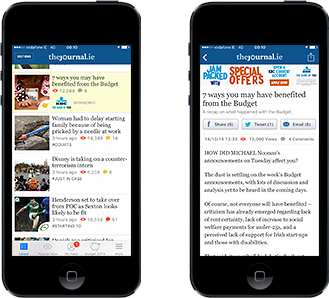 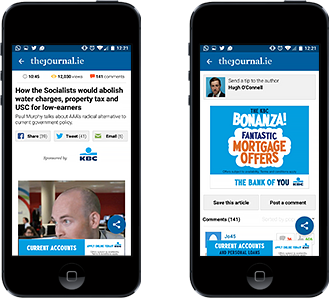