The Heath Service Executive anti-smoking campaign found an eloquent spokesperson in Gerry Collins who tragically died of lung cancer in March 2014. The film about Gerry’s story after his diagnosis is very powerful and the HSE were anxious to disseminate the video as widely as possible. Sections had been used in TV campaigns but our social ad format was the perfect fit to allow the short film to be shown in its entirety.

The social ad format allowed for some context to be added around the film and to stimulate engagement readers were encouraged to comment through an Open Thread in the comments section. Links in the kicker drove traffic to the HSE’s quit campaign helpline. 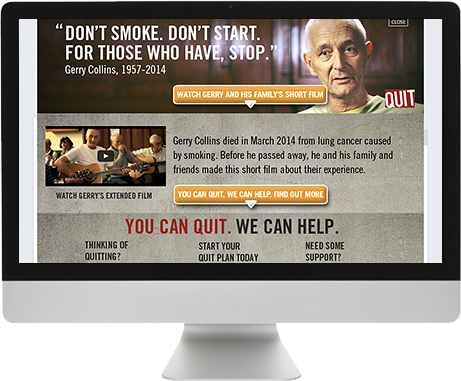