Young people consume enormous amounts of content daily across a wide variety of platforms so that brands require something special, something different, something truly eye catching to cut through and have an impact. Our challenge was to create a campaign that would connect with a cohort renowned for their short attention span and a desire for instant gratification.

Our solution was to put control in their hands, allowing users to control what content they consumed. Fanta could bring them a personalised experience through content.

The central component was to leverage some of the most popular content on DailyEdge.ie by allowing users to frame and interact with the content. The challenge was to create a visually exciting and engaging hook that would allow this to happen while also putting Fanta front and centre here for our audience of young social entertainers.

The interactive unit that was built for the campaign meant that Fanta’s presence went beyond a visual one and created genuine engagements with consumers in the ‘fun content’ space. The customisation feature added value for the audience and allowed additional traction for the branded content.

‘What’s Your Twist?’ ran over the three months of the summer of 2017 and was built on three content pillars, crowd sourced from an internal workshop with people under age 24. Users could choose between FAB, GAS & CUTE content depending on what mood they were in.

To complement the newly developed personalisation unit, we added a layer of user generated content.

We utilised polls and Snapchat for the user-generated elements. Each week across the summer we asked our audience what they wanted to see that week on DailyEdge.ie’s Snapchat. 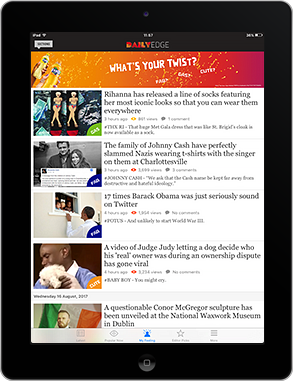 What’s Your Twist? Vertical on Ipad 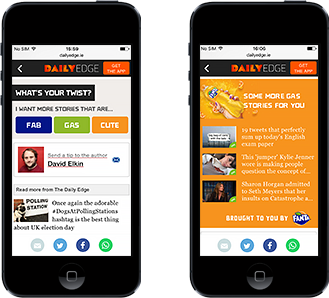 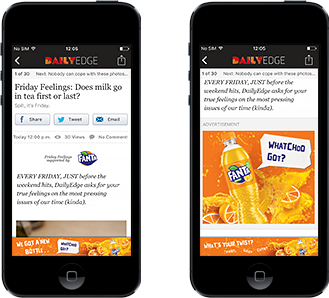 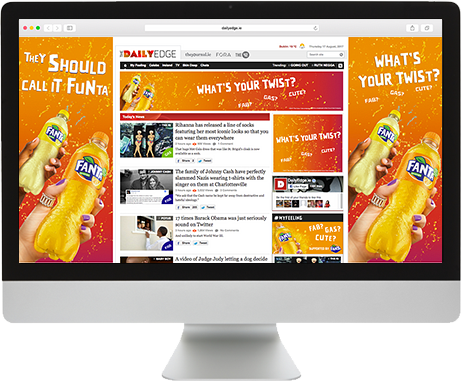 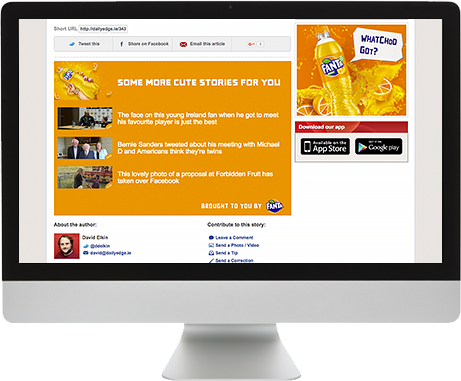